The Difference Between Beauty Marks and Moles

When you think of beauty marks, you may envision the iconic celebrity faces of Marilyn Monroe or Cindy Crawford. Beauty marks have been deeply rooted in aesthetic value for decades, but they also have an intricate past relating to the ways different cultures viewed them. You may be wondering what beauty marks really are. Are they freckles? Are they moles? Are they dangerous? For answers to these questions and more, read on.

Are Beauty Marks and Moles Different?

In truth, the term “beauty mark” was coined to describe a dark spot on your face that’s seen as attractive or beautiful, meaning beauty marks are essentially just glorified moles. Most of the time, these spots are considered beauty marks when they are located somewhere visible and give the person who possesses them a unique look. For example, if a mole appears on the face, by social standards, it’s deemed a beauty mark. However, if a mole appears on your shoulder, then it’s typically labeled as an ordinary mole.

While pop culture may have us believe that beauty marks are for the fair and few, this is simply not true. According to the Cleveland Clinic, most moles appear in early childhood and during the first 20 years of life, and it’s normal for a person to have between 10-20 moles by adulthood.1

The History of Beauty Marks

Throughout history, beauty marks have come to represent more than just moles. As with many features on the face, they have been highly regarded in aesthetic value. In many contemporary societies, the beauty mark is deemed trendy and is sought after by many, which has even caused people to create fake beauty marks with makeup and tattoos. However, the value of beauty marks has vacillated throughout time and across various cultures.

The Romans’ view on beauty marks had a dark connotation. Moles, freckles, and other marks were considered problematic, and many Roman women attempted to remove or fade them with ashes made from snails. On the other end of the spectrum, formerly enslaved Romans would use faux moles to conceal the scars they accrued from the abuse they endured during their time in bondage.2

Mian Xiang, or face reading, was developed during the period of the Yellow Emperor (2700 BC) as a form of divination. This ancient practice, which is still used today, involves analyzing certain facial features to provide insight into someone’s future and character. The color of a mole is a central aspect of Mian Xing. Red and black moles are seen to be favorable, while brown moles represent grave warning signs.3 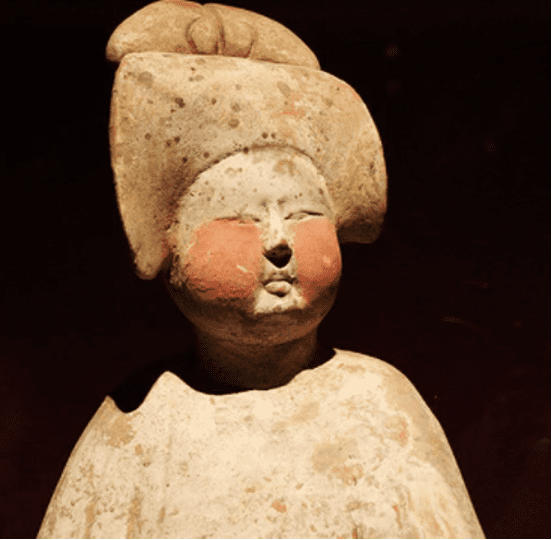 In 18th century Mexico, it wasn’t uncommon for women to wear faux beauty marks made from tortoiseshell and fabric. These artificial patches were called chiqueadores and were commonly placed on the temple or forehead as a trend. It’s been suggested that the origin of the patches may be related to holistic cures for headaches, which involved medicinal herbs being placed under the patch.4 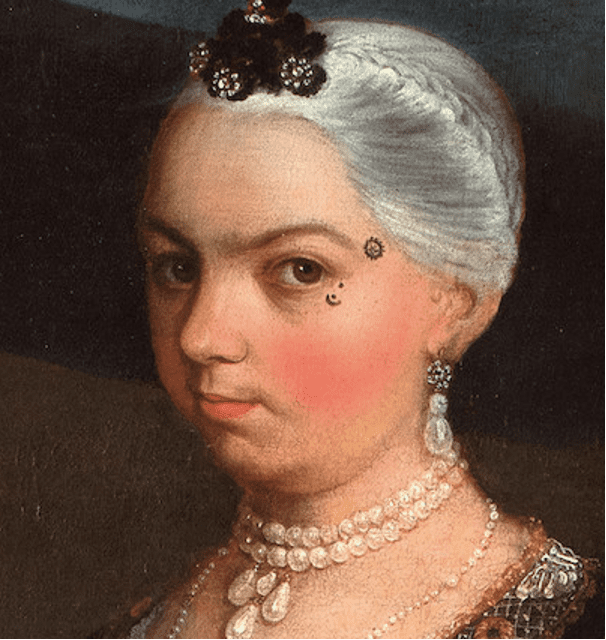 With smallpox being a common problem, Europeans quickly thought to use markings to cover the scars that resulted from the disease. These rapidly became a fad of artificial beauty marks that swept the aristocratic class, having different colors and shapes such as stars, moons, and suns. Nicknamed mouches by the French, these adhesive moles made from either moleskin or velvet became a unique fashion statement that often conveyed a person’s mood based on their placement. A mouche on the cheek was considered a sign of flirtation.5 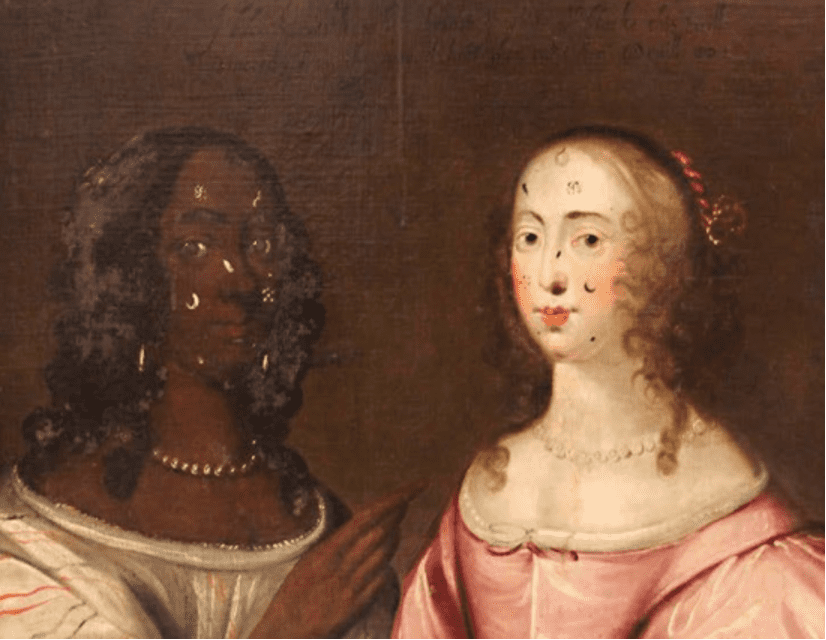 Fast forward to the mid-1900s in America, and the world of Hollywood couldn’t get enough of the beauty mark. American actress and singer Marilyn Monroe helped to popularize the style with a natural beauty mark on her cheek; however, questions have surfaced regarding its legitimacy.6 She led the way for Elizabeth Taylor, Etta James, and Edie Sedgwick’s beauty marks, which seemed to grow bolder as their fame rose.

Quite a few stars and icons have emerged with beauty marks since then, such as Cindy Crawford, Madonna, Eva Mendez, and Blake Lively, all-embracing their natural beauty marks as key to their signature looks. Some others, such as Amy Winehouse, didn’t have a beauty mark; opting to wear a Monroe piercing instead, which is a tiny stud placed in the area of Marilyn Monroe’s beauty mark to portray a similar look. 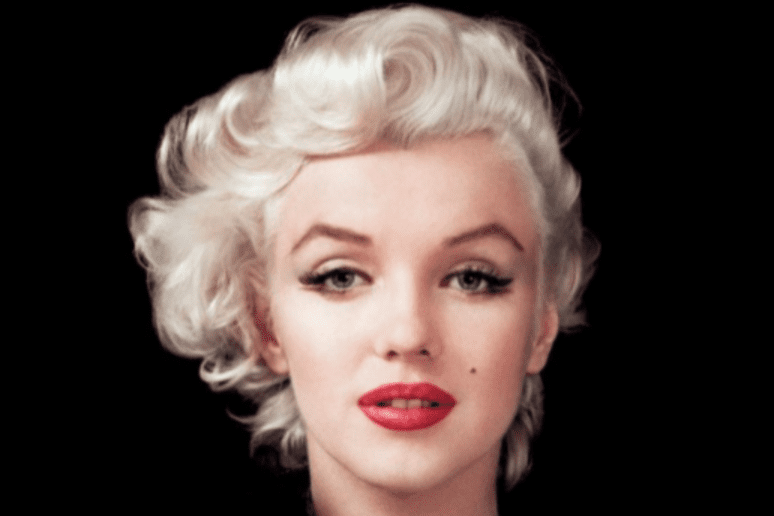 Moles are a common type of skin growth, often appearing as small, dark brown spots. One mole is called a nevus, while more than one is known as nevi. Generally, moles emerge during childhood and adolescence, but as the years pass, they usually change slowly by becoming raised or changing colors due to different conditions ranging from sun exposure to pregnancy. Some moles even disappear over time.

Moles occur when cells on the skin grow in a cluster instead of being spread throughout the skin. These particular types of cells are called melanocytes, and they make the pigment that gives skin its natural color.

A Brief Look at Melanoma

Most moles are harmless, but if you notice changes in the appearance of one, it’s always recommended to have a doctor take a look at it. Most of the time, it’s nothing, but it could be melanoma. Melanoma is a type of skin cancer that develops when melanocytes start to grow out of control. Other names for this cancer include malignant melanoma and cutaneous melanoma. Most of the time, melanoma cells still function to make the darkening pigment in your skin, so melanoma tumors usually appear brown or black.

Melanoma is usually caused by too much UV exposure but can develop anywhere on the body, most likely starting on the chest or back in men and on the legs in women. Melanoma is much less common than other types of skin cancers but is more dangerous because it can potentially spread through the body when not caught in its early stages. 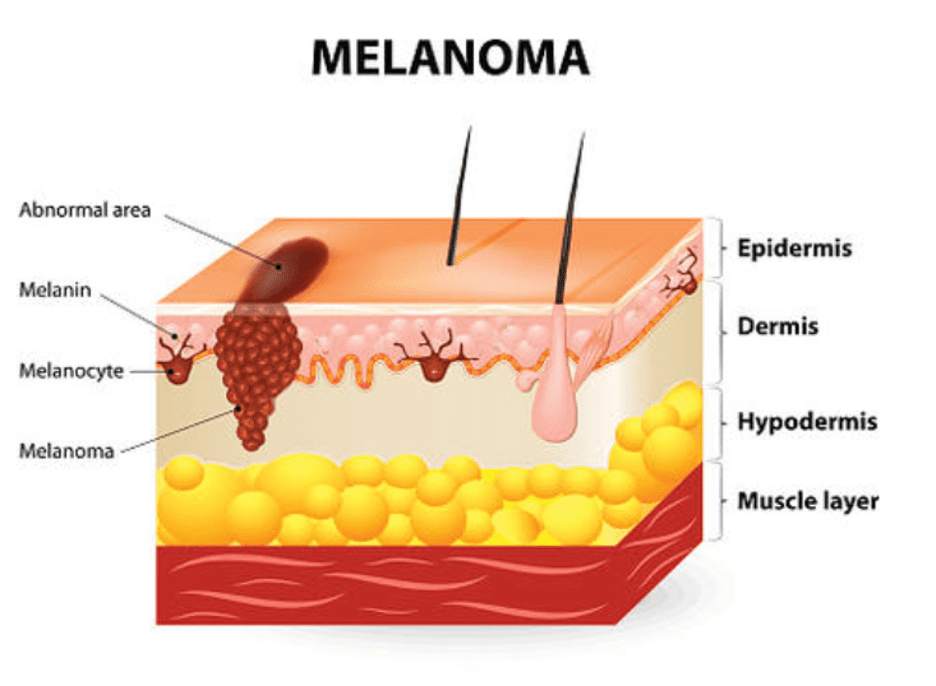 You can reduce your risk of melanoma by:

3 Types of Moles You Should Know About

Skin moles are common; everyone has them. With so many shapes, sizes, and colors, it’s hard to know if that spot that has taken residency on your body is normal or a potential health threat. Most adults have common moles, which are harmless. However, other types of moles can increase your risk of melanoma.

Here are a few types of moles to take a look at:

If a mole appears on your skin after you’re born, it’s known as an acquired mole or common mole. Most people who have fair complexions usually have 10 to 40 acquired moles. However, according to statistics, having 50 or more of these moles increases your risk of melanoma. Acquired moles are usually not cancerous but can be. 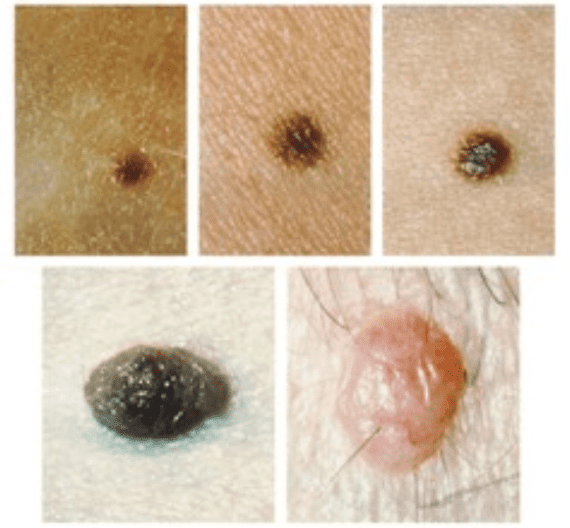 Congenital moles are commonly called birthmarks and vary widely in size, shape, and color. About 0.1 to 2.1% of infants are born with a congenital mole. Larger congenital moles have a greater risk of becoming malignant in adulthood (4 to 6% lifetime risk). Changes in growth, color, shape, or pain of a birthmark should always be evaluated by a doctor.

Some birthmarks may be treated for cosmetic reasons, which include: 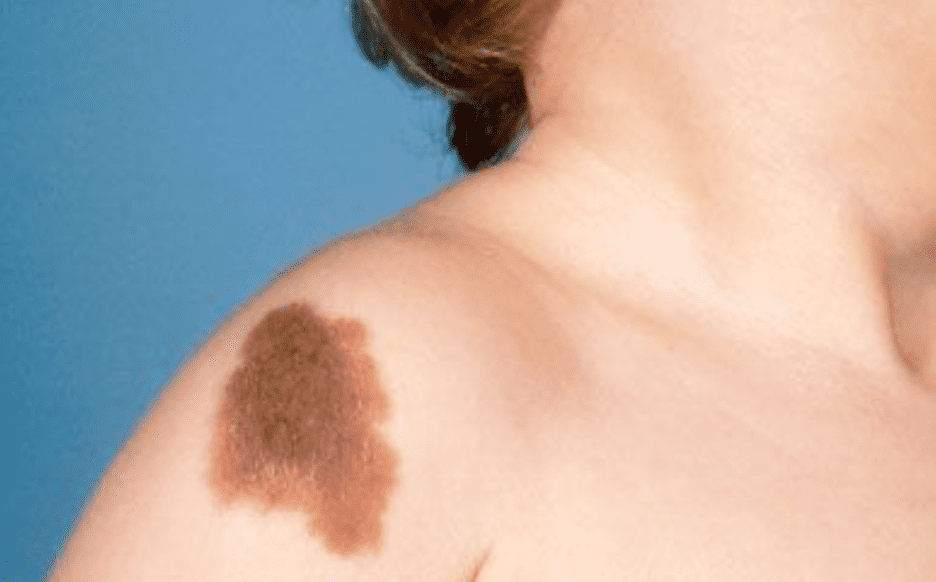 Atypical moles, which are also known as dysplastic nevi, can appear anywhere on your body, but rarely on the face.They have the potential to become cancerous, but it’s estimated that only 1 in 10,000 atypical moles turn into cancer. Most commonly, these moles are harmless, but if you have 4 or more of them, there is a higher risk of developing cancer.

If members of your family have a lot of atypical moles, you may have what’s called “familial atypical multiple mole melanoma” (FAMMM Syndrome). Your risk of melanoma is potentially 17.3 times higher than people who don’t have FAMMM Syndrome. Seek out the advice of a doctor to schedule yearly exams if you have a personal history of atypical moles.

In general, atypical moles are:

Regular mole checks can help keep tabs on your moles to make sure you aren’t at risk. By doing regular checks, you can increase the chance of detecting and treating melanoma and other types of skin cancers. Dermatologists recommend doing your own monthly check-ins to see if there are any changes in the color or appearance of your moles.

Here are a few tips to follow when taking part in a monthly DIY mole check:

Now that you know how to perform thorough mole checks, it’s time to learn what exactly you’re looking for. Use the ABCDE rule, which was created by dermatologists, to look for common signs of melanoma.

Getting Rid of Moles

While at-home options exist for mole removal, it’s important to always seek a professional’s advice before using any type of removal kit. In addition to the benefit of safety, doctors will also send the sample of tissue to a lab to be tested for melanoma. If you remove the mole at home, you won’t know if your mole was cancerous or not.

Safety is always key, so don’t wait to schedule an appointment with your doctor or dermatologist. If one of your moles does turn out to be cancerous, it will be much easier to treat early on. If it turns out to be benign, you’ll have a piece of mind.