If you’re reading this, chances are you care a lot about environmental charities, advocating for climate change, and upholding the planet we live on. There are numerous facets in the fight for climate justice, such as environmental health and justice, education, conservation, and advocacy. With that being said, there are also an abundant amount of nonprofit environmental charities looking for support. With so many out there, how on Earth are you supposed to choose?

Earthjustice was founded in 1971 to challenge those who put profit and power before people and our planet. It’s comprised of 160 environmental lawyers who wield the power of law and the strength of partnership to protect people’s health, preserve magnificent places and wildlife, advance clean energy, and combat climate change.1 Additionally, Earthjustice has over 500 clients, whom they represent free of charge, that consists of community organizations, Indigenous groups, Tribes, national nonprofits, and more.

A few of Earthjustice’s recent victories in the courtroom include:

Earthjustice promises to always move forward with taking on high-stakes cases for an enduring impact and continue crafting regulatory, legislative, and communications strategies to solidify the lasting impacts of their victories.

Check out its Action Tip Guide to find your way to speak out.

In 2006 former US Vice President and Nobel Laureate Al Gore caught the attention of the entire world with his Academy Award-winning film, An Inconvenient Truth. Later that same year, he founded and formed what would soon be known as The Climate Reality Project, which focuses on making urgent action a necessity for a global solution to the climate crisis.

The Climate Reality Project actively recruits, trains, and mobilizes individuals to become powerful activists that can transform society. It teaches exceptional skills and provides campaigns and resources to push for climate action and policies that will accelerate the world’s transition to clean energy.

Currently, The Climate Reality Project has trained over 31,000 activists that fight for climate change in their 10 branches, which are located in Australia, Brazil, Canada, India, Indonesia, Japan, Mexico, The Philippines, South Africa, China, and the United States.

To learn more about The Climate Reality Project’s training and how you can make a difference, click here.

The National Environmental Education Foundation, or NEEF, was created in 1990 as a nonprofit to complement the work of the US Environmental Protection Agency (EPA). Today, however, the NEEF is dedicated to creating opportunities for people to experience and learn about the environment to improve their health and the planet.

NEEF maintains that caring and supporting the planet shouldn’t be limited to one group of people, which is why it offers a variety of grants and awards to help organizations build diversity. Additionally, all of its programs and online courses are designed to reach audiences of all perspectives, backgrounds, and geographies, and identities.6 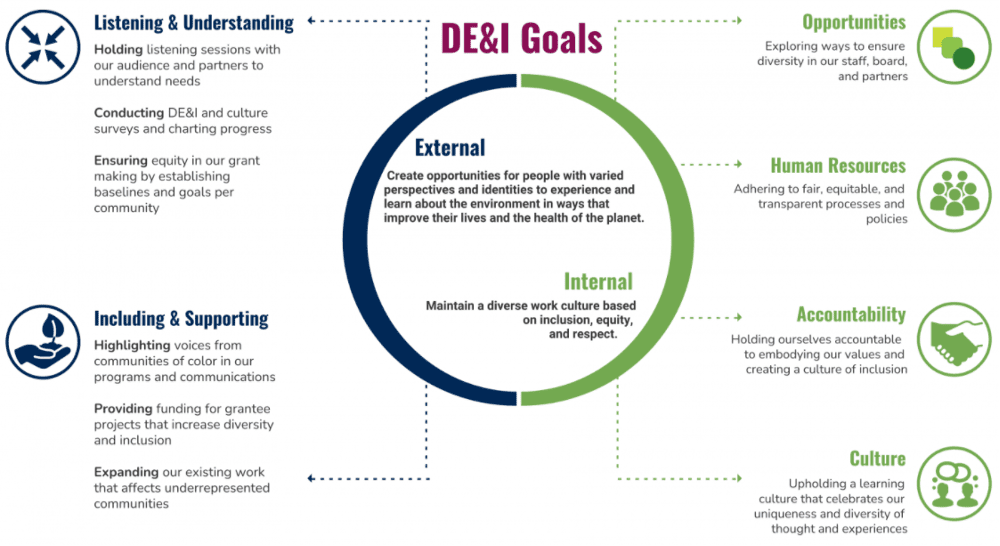 If you’re interested in learning more about NEEF’s online courses and how to further your knowledge of the environment, sign up for its newsletter to stay informed.

Founded in 2008, 350.org aims to build a global climate movement with ordinary people working to end the age of fossil fuels and build a world of community-led renewable energy for all.7

The organization has done amazing things for the environment thus far, such as playing an instrumental role in bringing about the Paris Climate Agreement. Additionally, last year, 350.org organized the biggest climate mobilization in history, known as the Global Climate Strike, which saw over 7.6 million people taking to the streets to demand climate action.

To get involved and find a 350.org group near you or start your own, venture around this interactive map.

Established in 2002, 1% for the Planet was created by B Corp Brand founders Yvon Chouinard of Patagonia and Craig Mathews of Blue Ribbon Files. The duo pledged to give 1% of sales back to the environment…even if they weren’t profitable. According to Yvon, the intent of 1% of the Planet is “to help fund these diverse environmental organizations so that collectively they can be a more powerful source in solving the world’s problems.”8

Currently, 1% of the Planet has more than 3,000 members who help spread the word and fight for their 1%. For example, Jack Johnson, a long-time member of the organization, showcases his 1% by leading missions to preserve the shores of Hawaii. Additionally, his 2005 album, Between Dreams, was the first to carry the 1% label, and his 2005 world tour promoted 1% of the Planet’s mission and helped to launch the organization.9

This charity has given hundreds of millions of dollars to environmental nonprofits around the world. The total giving by 1% of the Planet across its 6 core areas are:

You can view 1% of the Planet’s solutions regarding its 6 core areas here.

The Sierra Club Foundation was founded in 1960 and relies on both individual and institutional donors to fund its campaigns for innovation, to help build capacity in the environmental movement, and to create partnerships between allied organizations. Its mission is to educate and empower the people to protect and improve the environment.

According to its website, The Sierra Club Foundation’s goals are:

The Sierra Club Foundation’s collaborations with various nonprofits associations and community groups have helped further its cause with successful campaigns such as Our Wild America, Beyond Coal, and Sierra Club Outdoors.

If you’re interested in becoming a member, fill out the form here to get more information.

Friends of the Earth was established in 1969 in San Francisco by Donald Aitken, David Brower, and Gary Soucie. In 1971, it became an international network of organizations with a meeting of representatives from four countries: the United States, Sweden, the UK, and France. Today, though, Friends of the Earth operates in 71 countries.

Friends of the Earth pushes for reforms that are needed to make our planet more sustainable and healthier. The organization has three main principles that guide its work, which are being bold with a fearless voice, fighting for a systematic transformation, and organizing and building long-term power.

This international organization covers a wide array of environmental and social issues, such as:

To take a deep dive into its current campaigns, such as the “We Can and Must Save Our Pollinators from Extinction” effort, take a look at its current list to see how you can make a difference. 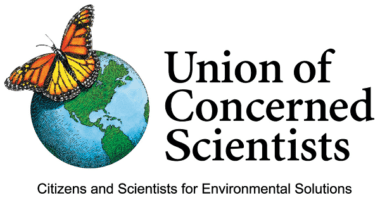 Founded over 50 years ago by scientists and students of MIT, the Union of Concerned Scientists has now grown into a national movement. It is composed of 250 scientists, analysts, policy, and communication experts that aim to use rigorous, independent science to make change happen.

The experts and everyday members of the Union of Concerned Scientists work tirelessly to:

The Union of Concerned Scientists has an abundance of successful wins, but most recently, the charity achieved the enactment of California’s 100% Clean Energy Bill. This bill allows California to step front and center to lead with scientific innovations that will slow climate change.

You can engage in the Union of Concerned Scientists’ campaigns and missions, too. Click here to view its brochure to learn more. 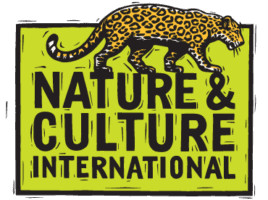 Nature and Culture International (NCI) was founded in 1997 by San Diego businessman Ivan Gaylor after he witnessed the destruction of the Amazon while flying across South America. Ivan then met with Renzo Paladines, now the NCI Vice President and Director of Naturaleza y Cultura Ecuador, and together they created an ecosystem conservation project, buying land that was threatened in southern Ecuador.10

Currently, 91% of NIC’s staff work in South America and Mexico, leading fights for the protection of the most biodiverse forests in the world and the natives who live in them. They’ve conserved 21 million acres of forest that holds 3.4 tons of carbon, which helps keep deforestation at bay. NIC has also worked with 32 indigenous communities that are committed to the protection of their land.

NIC’s reserves are huge. Here’s a way to visualize them in comparison to Oahu, the main island of the state of Hawaii which is 382,000 acres: 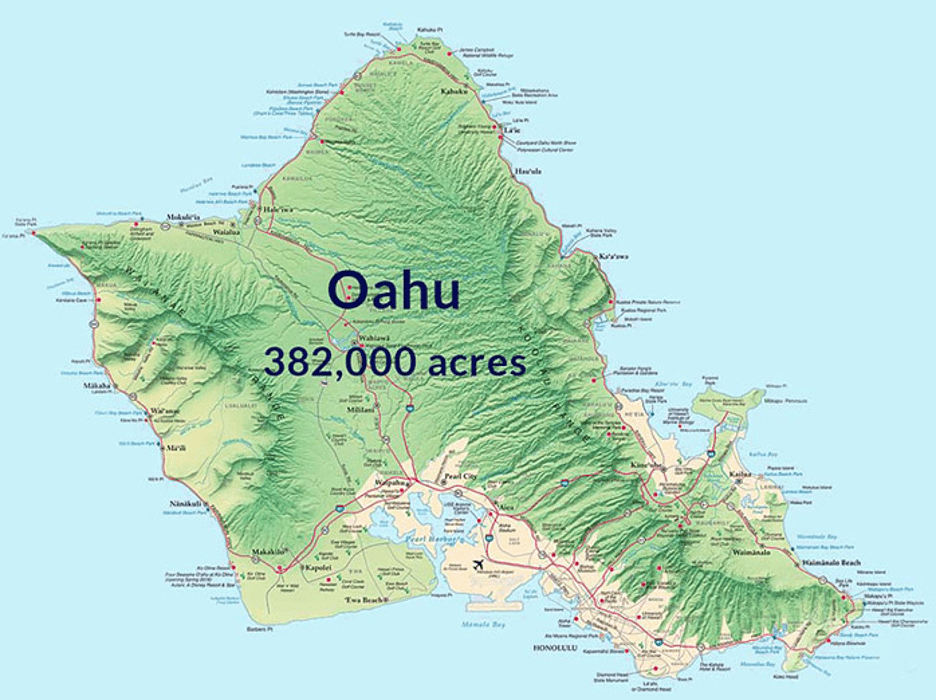 The NIC was featured on PBS with a small documentary detailing its mission and how even one person can make a difference. You can watch the episode here.

As You Sow is the nation’s non-profit leader in shareholder advocacy. It was founded in 1992 to harness the power of shareholders to create lasting changes that benefit the planet, people, and profit. Its mission is to build a safe, just, and sustainable world where the protection of the environment and human rights is central to corporate decision-making.

As You Sow works directly with corporate CEOs, management, and institutional investors to discuss how changes can be made for more eco-friendly corporations. The charity further presses the importance of long-term decisions and how ignoring the impact of its policies and actions can cause negative implications down the line for the planet and people.

The organization actively publishes its resolutions with corporations on its website. A few of the most recent are:

As You Sow keeps an up-to-date blog where it discloses the campaigns it is currently working on. Additionally, if you own a company or invest, it has a voting page on its website that prompts on how to vote for shares.

Carbon Fund is a leader in the fight against climate change by providing education, carbon offsets, and reductions, and reaching out to the public. Carbon Fund, along with Humanist Beauty, is always taking actions to move towards a sustainable future where our planet and people are healthy.