Let’s Get Familiar With The CROWN Act

Black hairstyles have always been highly policed in America, whether it’s in classrooms or the workplace. For black people, though, hair isn’t “just hair;” it’s a piece of their ancestral history, and the unfortunate truth is that the locs, braids, and coils they proudly wear are usually deemed “unprofessional” or “unkempt.” To eliminate hair discrimination, many cities and states have begun passing The CROWN Act (Create a Respectful and Open Workplace for Natural Hair) to address and bring awareness to the issue.

What is The CROWN Act?

In June 2019, California made headlines for becoming the first state to outlaw the discrimination of individuals based on their hair by unanimously passing the SB 188 bill. The law, also known as the CROWN Act, “prohibits race-based hair discrimination, which is the denial of employment and educational opportunities because of hair texture or protective hairstyles including braids, locs, twists, or Bantu knots.”1 It was signed into law in California on July 3rd, 2019, and expanded the definition of race in the Fair Employment and Housing Act (FEHA) and state Education Code.

The CROWN Act was created in 2019 by Dove and the CROWN Coalition, in partnership with then State Senator Holly J. Mitchell of California, to ensure protection against discrimination based on race-based hairstyles by extending statutory protection to hair texture and protective styles in the workplace and public schools.2 Since its introduction, the CROWN Act has galvanized support from federal and state legislatures in the movement to end hair discrimination worldwide.

The CROWN Coalition is an alliance of organizations that are dedicated to the advancement of anti-discrimination legislation across the United States.3 The diverse array of organizations that make up the CROWN Coalition has aided in the monumental success of elevating the public narrative around this issue while inspiring a movement to bring awareness to end hair bias and discrimination.

According to its website, the CROWN Coalition’s purpose is to “create a world where Black lives are valued, respected, and free of oppressive systems.”4The CROWN Coalition is on a mission to dismantle structures of systematic racism that perpetuates social and economic disparities for Black people.5

The Dove Research Study for the CROWN Act

The CROWN research study was conducted in 2019 to identify the magnitude of racial discrimination that women experience within the workplace based on their natural hair. A survey of 1,017 Black women and 1,050 non-Black women with ages ranging from 25 to 64 was conducted, but to qualify for the study, the women must have been working full-time in an office or sales position in the past 6 months. According to Dove’s website, 92% of the non-Black sample of women were white.6 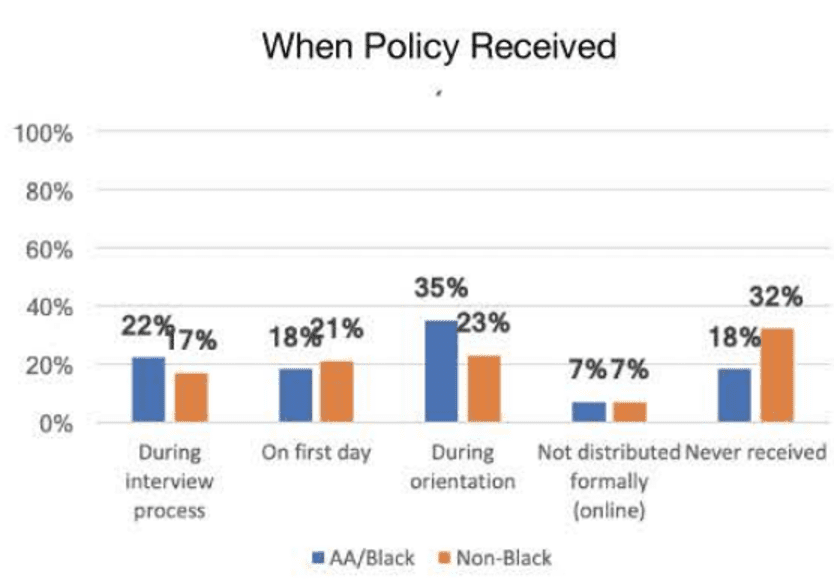 Dove took the study a step further by testing out job readiness associated with Black women’s hairstyles. They were consistently ranked lower or “less ready” by those who took the survey.

Where Does Your State Stand With The CROWN Act?

The status of The CROWN Act is constantly changing throughout the 50 states. Since California’s 2019 ruling, though, many more states have followed suit and passed The CROWN Act. Keeping up with the progression of The CROWN Act in each state is a great way to stay up-to-date on this pressing issue and show your support.

The States Where The CROWN Act is Law

States Where The CROWN Act Has Been Filed or Passed

How You Can Support The CROWN Act

It’s time to raise our voices and bring awareness to the unfair discrimination many women of different nationalities face due to their hairstyles. Here are a few ways you can show your support for The CROWN Act:

1.    Introduce The Crown Act to Your State

Did you know that you can introduce The CROWN Act to your state’s legislatures? By visiting The CROWN Act’s website, you can view sample bills, such as California’s, to help you get started on your legislative language. Plus, you can contact Adjoa B. Asamoah, a member of The CROWN Act, to learn more about how she can support your efforts to file The CROWN Act in your state. Good luck!

The CROWN Coalition created a petition to end hair discrimination in the workplace, schools, and pools. By signing the petition, you’ll help urge legislatures to vote yes on The CROWN Act. The CROWN Coalition’s goal is to reach 500,000 signatures, and as of a month ago, it’s been signed 300,000 times. The goal has almost been met! Sign the petition here.

Humanist Beauty strives to always foster inclusion among all humans regardless of color, gender, creed, age, status, ability, sexual preference, or hairstyle. Our goal is to encourage self-love, wellness, and radical inclusivity for all. The CROWN Act is crucial to changing the way natural hair is perceived and judged in the workplace and everyday life. We fully lend our support to The CROWN Act to diminish discrimination based on something as beautiful and unique as hair.